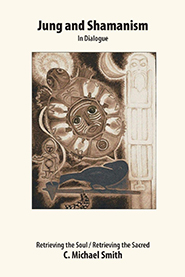 Jung and Shamanism in Dialogue

In this highly original study, C. Michael Smith draws on phenomenological resources and hermeneutic dialogue to explore the affinities and distinctions between shamanism and Jungian psychology, both rooted ultimately in a heart-centered way if life, and both having highly intricate maps of the human psychic interiors. As the reader adventures through this book he or she will encounter shamanic initiation, dismemberments, disassociation, grief, despair, and soul loss, the healing power of ritual, ecstasy and other altered states. The book explores many rich topics including the role of talismans and amulets, the various levels of the collective unconscious, the archetypal and imaginable perspectives on such phenomena, and implications for psychotherapeutic practice today. In the new preface, the author argues that in the end "It isn't the fascinating and powerful techniques that are the essential thing, but the person inside, its capacity to live from the heart n Earth-honoring and Nature- attuning ways that is the essential center of the Jung/shamanism interface." In Jung and Shamanism in Dialogue, C. Michael Smith has written a "must have" classic for all students of shamanism and Jungian psychology. Thorough, clear and authoritative, Smith writes from first-hand perspective, drawing on his own depth experiences in studying and teaching shamanism and Jungian psychology for decades. As in his previous book, Psychotherapy and the Sacred, he is psychological and spiritual, phenomenological and historical in his unique perspective. Jung was often described as a "shaman" by those who knew him well, but few have had the courage to openly make this claim, and none has presented the case as thoroughly as Smith has. This new preface to this second edition adds a richness of wisdom worth the price of the book. Biographie de l'auteur : C. Michael Smith, Ph.D., is a clinical psychologist, philosopher, and writer specializing in the interface of psychotherapeutic and spiritual resources, and is author of Psychotherapy and the Sacred, and the forthcoming A Little Psychology of the Heart. He attended the University of Chicago, the Chicago Theological Seminary, and the C. G. Jung Institute of Chicago. He currently lives and practices at the Crows Nest Retreat Center, in Southwest, Michigan, where he conducts wilderness retreats, workshops, and mentoring programs for psychotherapists.